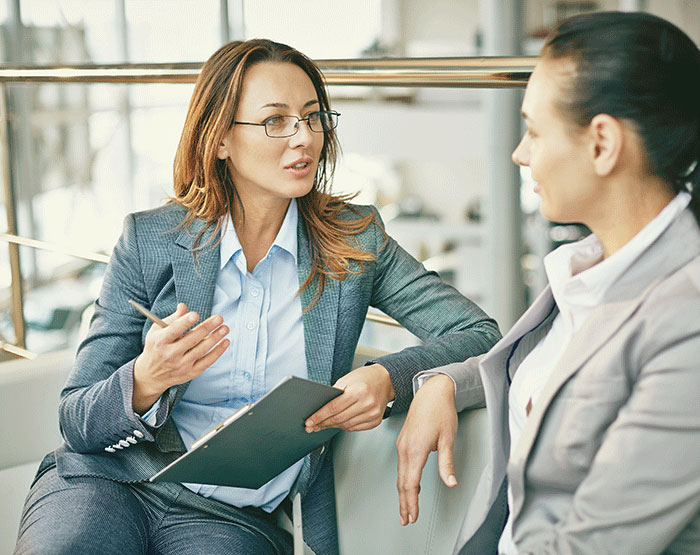 Questions are the new answers

All of these issues require leaders to use questioning to get to the right answer and decision.

Questioning is thus a key skill for any leader. Especially in today’s fast-changing complex world in which the right answer only holds for a little while, before a new answer is required. In this new reality the ability to ask the right questions is even more key.

Yet there are quite a few hidden obstacles that stop many leaders from using questioning to the extend they should:

They are in a rush, while questioning requires time;

They are driven by a (too) strong bias for action, which causes them to make quick decisions, rather than using questioning to explore the issue more extensively, which requires a willingness and ability to embrace ambiguity for a little while longer.

They believe they are expected to be the one with the answers. This is a common phenomenon among leaders as they usually rose to their positions in leadership by being a person who had the right answers. Alas, if you try and uphold this as a leader, you will soon find yourself overwhelmed and you will render your team dependent, because answering their every question stops them from having to learn for themselves. In contrast, the wise leader answers a question with another question to help their people find the answers by themselves and in doing so these leaders develop their people’s skills, knowledge and confidence along the way.

They are unskilled at it. Good questioning starts with knowing what you want to achieve and then choosing the right path. But that is easier said then done. Few of us are really fluent in the art of questioning – knowing how and when to use Socratic questioning, analytical questioning, scientific questioning, empathic questioning, etc. Moreover, get it wrong and you risk seriously upsetting a relationship because questioning can put people on the defensive as they may mis-interpret the question as an accusation or your questions may make them think you are second-guessing them.

Developing your questioning skills is like learning a new language. You need to figure out the basic grammar and learn a basic vocabulary to get you going, but the real learning comes with actually putting it into practice.

With questioning, learning about the various questioning techniques is like learning the grammar and learning some of the typical questions for each of those questioning approaches provides you with your basic questioning vocabulary.

Below we have summarized 3 questioning techniques to help you elevate your questioning. The aim is to give you the basic concept of each approach and a few “starting questions” as examples.

With these 3 approaches you can begin to introduce questioning in a more purposeful and structured way into your meetings and conversations. As it will take a while to really get fluent at this, we highly recommend preparing your questioning approach for key meetings and conversations.  Decide what the best approach is and then write down your key questions in advance.

When you seek to evaluate someone’s reasoning, you basically want to check whether it holds up against all the intellectual standards of a well-reasoned argument: Clarity, precision, accuracy, relevance, depth, breadth, logicalness, and fairness. Hence, a great approach to evaluate a certain line of reasoning is to use those very intellectual standards as the entry points for your questioning:

Another approach to evaluate a certain line of reasoning is to use the component parts of the structured (analytical) problem solving process as our entry points for our questions. Structured problem solving starts by stating a purpose (the problem, the question to answer, the goal), then determines from which angle you are looking to solve it, makes key assumptions, considers implications, seeks data as evidence, draws on key concepts and then draws a conclusion. Using this process as a starting point for your analytical questioning could help you ask questions like these:

Socratic questioning is the perfect approach when you want to help someone develop a latent but not yet fully-developed idea. It also works well to test whether a new theory holds up under systemic scrutiny.

Though none of us will become as skilled at this as Socrates overnight, you can make a start by systematically questioning an opinion, idea or belief in each of the following 4 directions:

There obviously is a lot more to the art of questioning than the above, so if you are intrigued to learn more then have a look at the list of resources below.

Leading With Questions by Michael Marquardt

A More Beautiful Question: The Power of Inquiry to Spark Breakthrough Ideas, by Warren Berger

The Art of Socratic Questioning by Richard Paul and Linda Elder

Humble Inquiry: The Gentle Art of Asking Instead of Telling by Edgar Schein