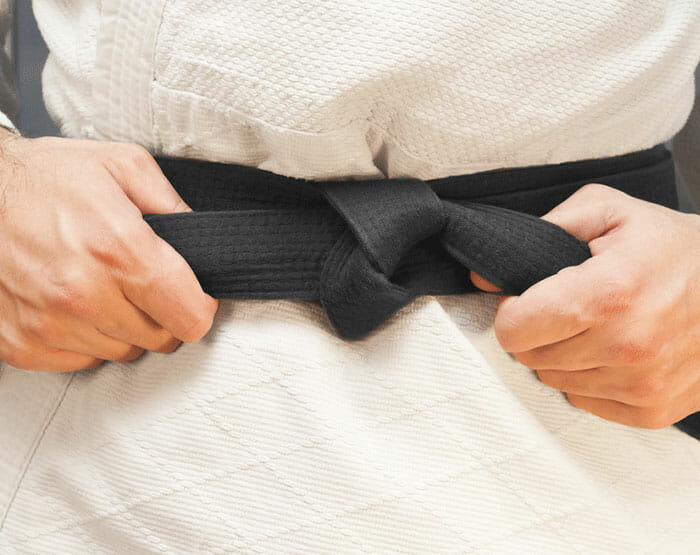 “In reading the lives of great men, I found that the first victory they won was over themselves…. self-discipline, with all of them came first” Harry S. Truman

People often look for common qualities across successful leaders. However, different circumstances require different leadership qualities to be effective. Yet, there is one quality these great leaders do share: they achieved their success by using self-discipline.

Self-discipline is the ingredient that makes success possible.

Without self-discipline there would be no Olympic gold medal winners, no great business leaders and entrepreneurs, no great artists, writers or inventors.

Unfortunately, our modern society isn’t a particularly good breeding ground for self-discipline. Permissive parenting styles and the increasing ease of modern society in which you can get most things at the click of a button, have turned self-discipline into an old-fashioned value. In fact, many people nowadays associate self-discipline with strictness, self-denial, and “being boring”. They wrongly view self-discipline as a restriction of their freedom. However, in doing so, they fail to see that practicing self-discipline leads to the joy of self-fulfillment and the freedom of having personal power.

What is self-discipline then?

Self-discipline is the ability to commit and mobilize yourself fully to a certain course of action, even in the face of conflicting goals, challenges and great effort. Self-disciplined people can concentrate on their goals and stay focused on them despite distractions. They practice control over their emotions, actions, and thoughts to do so.

Sounds so common sense, yet is so uncommonly practiced.

How do you develop self-discipline?

So what’s the difference between your level of self-discipline and that of the world’s great leaders? Below we’ve listed 6 prerequisites for an individual to be able to practice self-discipline at the highest level – i.e. the level at which it becomes THE success quality. Upon scanning the headlines you may think, “yeah, know that already”, but read on as there is a lot more to each of them then what most of us practice as we go about our goals, and wouldn’t you like to know how to go from good to great?

We all have goals, but how many of those have you truly visualized? For example, you may have a goal of becoming a truly effective corporate leader. Do you know in detail what achieving that goal looks like? What benefits will achieving that goal tangibly bring you? What will happen or change in your life once you’ve achieved that goal? How will others view you? What steps must you take to reach your goal?

Going through a series of questions like that, to visualize your goals, has a very real effect on you: it makes your goals more real and you’ll become more invested in them. Visualizing your goals helps create the motivation you need to fuel your self-discipline. People, who do this, will for example say, “I wanted it so much I could almost taste it.”

This is also what most venture capitalists look for in entrepreneurs. They look for entrepreneurs who are passionate, perhaps almost bordering on obsessed, about their vision, because that will fuel the self-discipline they will need to succeed against the odds (Remember, 90% of all startups fail).

It is important though, that you don’t just visualize the act of arriving or achieving your goal, but also the journey to it. Just think of what great athletes do. A swimmer, runner or cyclist will envision their race in detail, “seeing” themselves overcome all obstacles to place first. Similarly, before physically shooting a free throw, a basketball player will first visualize every detail: seeing the basket, raising their arms into shooting position, perfectly going through their shooting motion and seeing the ball fall perfectly through the net.

Visualization is not some new-age gimmick. It has very real effects: Visualizing the benefits of attaining your goal will increase your motivation, and visualizing what it takes to get there will help you to recognize and take positive advantage of the people, resources and circumstances that move you toward reaching your goal.

So, get “obsessed” about the leader you want to be by using the questions above and remember:

Artists copy the works of great masters to study their techniques, writers copy masterworks to learn from and leaders study great leaders who came before them. For example, General George S. Patton Jr., read voraciously about his military heroes Alexander the Great, Julius Caesar and William Tecumseh Sherman to learn from them. Similarly, Steve Jobs idolized Polaroid founder Edwin Land and modeled his career after Land’s

Studying the actions and behaviors and attitudes of role models, shows and teaches you what is possible and inspires you to believe you can do it too.

So, who are your role models? Just knowing their names is not enough. Read, watch and listen to everything you can find about them so you can learn from their actions, their behaviors, and their attitudes. It will fuel the self-belief you require to sustain the self-discipline you’ll need to attain your big goal.

To provide you with some inspiration, you’ll find at the end of this article a list of 15 female role models from all kinds of industries and professions and for each of them we have included a link to an article, book or video to learn more about them.

Many people who set big goals eventually become disheartened because they cannot envision the path to get to their goal – i.e. they don’t know how to go about eating the elephant. So, a prerequisite for self-discipline is to be able to connect the future with the present – i.e. being able to identify what we need to do today to move one step closer to our future.

So you need to meticulously plan and organize towards your goal. This enables you to prepare for what is ahead of you. You won’t be surprised or deterred by the effort required or the duration of the journey and you can take measures to prepare ourselves mentally, emotionally, physically, socially and financially for what is ahead. Moreover, you will no longer waste any energy on anything that isn’t useful. Your every action will be purposeful.

When you have a clear plan for how to “eat the elephant”, your self-discipline strengthens as you’ll consolidate your energy towards purposeful actions that get you closer to your goal.

Fear of failure is what stops many people from pursuing their goals. There can be many causes for this; perfectionism, low self-esteem or over-personalizing failure (seeing it as a statement about who you are). However, failure is an unavoidable part of any path to success. So, you’ll need to make friends with it. Start seeing it for what it is – a point of feedback to help you learn and progress. For me this always brings to mind Thomas A. Edison’s story of how he made 1,000 unsuccessful attempts at inventing the light bulb. When a reporter asked, “How did it feel to fail 1,000 times?” Edison replied, “I didn’t fail 1,000 times. The light bulb was an invention with 1,000 steps.”

I personally learned this a long time ago when I trained to become a ballerina at the Royal Ballet School in the Netherlands. We had to bring a notebook with us to every class. After we finished, we had to write down any corrections we were given during the class. The next time we took that class, we were expected to have reviewed our list and be focused on making those improvements during that day’s practice. That daily rhythm of feedback, improve, feedback, improve established a mindset that has served me well throughout my career.

Negative feedback is not something to fear. We can’t assume that we’d do everything perfectly straightaway, so have the courage to try and then ask for feedback, write it down if you need to, and improve it next time.

When we embrace failure as an expected part of our journey it won’t have a chance of denting our self-discipline – it won’t make us quit. Instead, we will just learn from it what we can to support our progress towards our goal.

What we are talking about here has become known in recent years as having a “growth mindset”, as popularized by prof. Carol Dweck’s book. It boils down to having the believe that our intellect and capabilities aren’t fixed, but that we can learn anything if we are willing to apply ourselves.

This un-flinching belief and attitude that you can and are willing to make the effort to learn whatever is needed to move towards your goal is an important prerequisite for self-discipline.

There are plenty of great stories out there of how great leaders did this. For example, Sara Blakely who founded Spanx, taught herself about the hosiery business by reading about it online and talking to hosiery mill owners. At one point, she even spent seven nights straight at the Georgia Tech library researching every hosiery patent ever filed to save herself from having to pay a patent lawyer.

This can-do attitude combined with the learning attitude towards failure and the detailed, almost sensory, vision of your goal, are what provides the well of positive energy to fuel the persistence you’ll require to be self-disciplined in the face of challenges, conflicting goals and great effort.

So, identify the skills or knowledge you’ll need to achieve your goal and then start your learning journey – today. Don’t wait for someone else to invest in your education. Control your own future: invest in you. Invest your time and if you can, your money, to further your skills and knowledge towards your goal. Read voraciously, talk to experts, attend conferences, trainings, workshops, etc.

Patience is not something many of us have these days as we have become accustomed to a world of ‘instant everything’. However, patience is critical to practicing self-discipline. You need to have the ability to tolerate waiting, delay, or frustration without becoming agitated or upset. You need to be able to control your emotions or impulses and proceed calmly when faced with difficulties. Time is nourishment

So how do you handle this if you are a type A, speed junky? Once you have visualized your goal as well as meticulously planned your journey to get there, the trick is to forget about the big goal and just concentrate on the next step; just putting one foot in front of the other; achieving & celebrating one mile stone at a time. This approach takes your mind off the total length of the journey (for example, the many years until you make CEO) and instead focuses you on an attainable intermediary destination (mile stone) to aim for in the short term.

How might your leadership benefit from a little boost in self-discipline?

Start by asking yourself where you are using excuses to rationalize weaknesses in your leadership. List them and then review them against the 6 prerequisites above. Which prerequisite do they suggest is not being met?

Below we have provided some examples of typical excuses we often hear from leaders regarding weaknesses in their leadership and a potential quick diagnosis of which pre-requisite for self-discipline may not be met.

“I’ve just never been a good communicator” or “Long-term visioning is just not my thing. I’ve always preferred a more practical approach to leadership” – This suggests a disbelief in your ability to acquire the necessary skills

“I just still don’t see myself as a leader” – The words give you a way: you don’t have a clear vision of what you look like as a leader and you may also lack a sense of self-belief due to a lack of good role models

Mariam Naficy, founder and CEO of Minted, Minted’s, video:  Mariam Naficy on How to Start Again After a Fail

Beth Comstock, Vice Chairwoman at General Electric, article:  The GE Executive Pulling Women Up the Ladder with Her

Barbara Corcoran, book: Shark Tales: How I Turned $1,000 into a Billion Dollar Business

Meg Whitman, CEO of HP, book:  The Power of Many: Values for Success in Business and in Life